I completed the 3rd and 4th chapter of Pride and Joy. Both the chapters stress on the need for us to be involved in our children’s lives. The third chapter discusses our role in helping them bounce back from negative events or feelings, making them more optimistic and resilient by helping them understand that every dark cloud has a silver lining.
The fourth chapter talks about the role of our enthusiastic involvement and positive approach towards their interests in serving as a protective factor in children’s emotional lives. In his opinion, following children’s  interests helps nurture their intelligence and creativity along with their communication and problem solving skills.1
I agree with him. It reminded me of the time I shared my post “Guiding or dictating creativity” on a moms WhatsApp group and it served as consolation to many mothers who tried to engage their kids in activities they wanted them to but failed. I had complimented Dr. Milisha Silveira for having been pretty successful as per her social media account and in response she had said that the key was to follow the child’s interest. I admit that I did not understand what she meant then. Recently, when I found that my child was fascinated by planets (she learnt the word from her cousin) but did not understand what they were, I decided to teach her about them. I showed her an animation video on planets and drew the solar system for her. She excitedly coloured them, insisting on choosing the colours herself as she now not only knew their names but their constitution too. 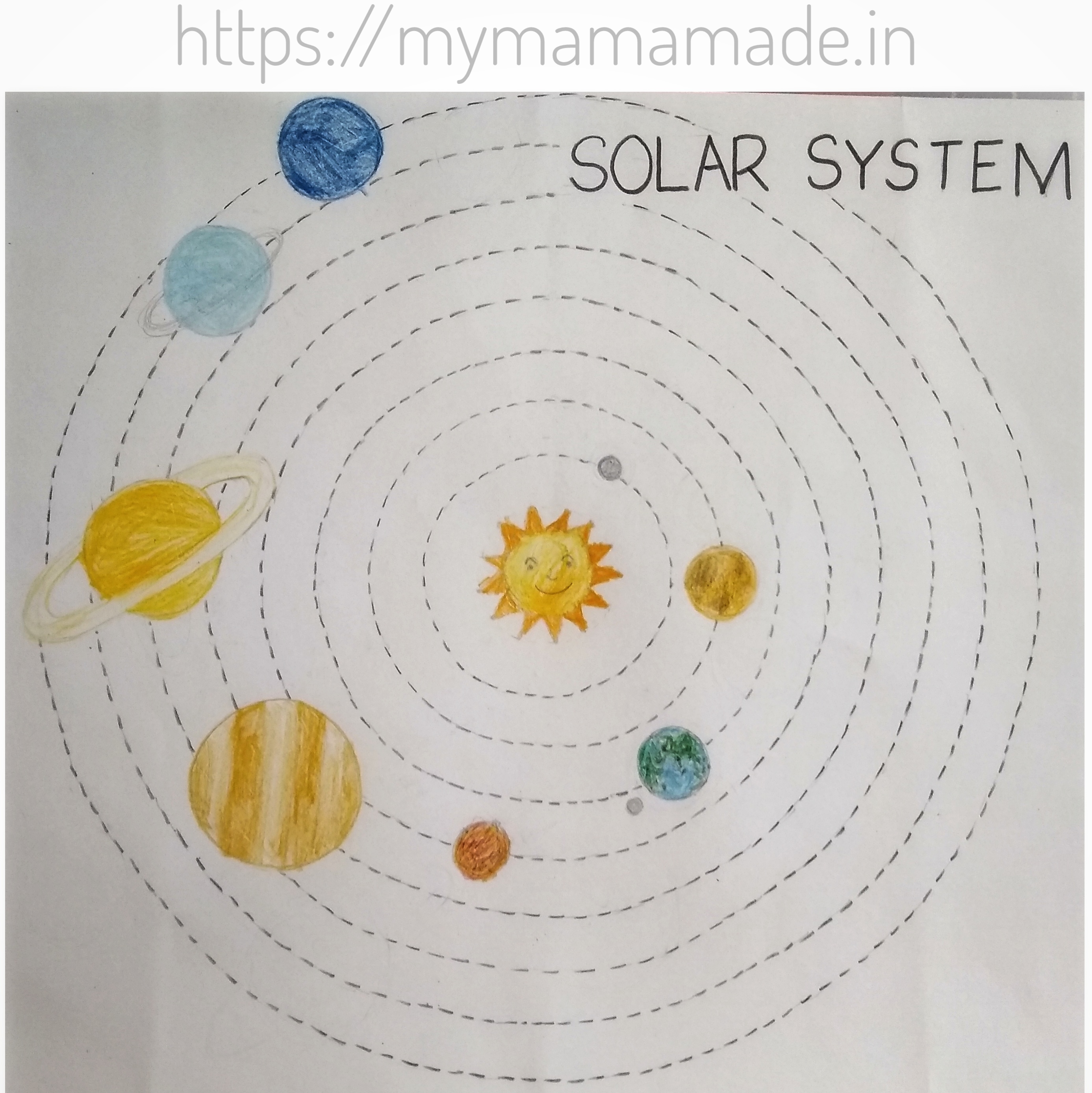 We then placed the drawing in a laminate and as she named the planets, I labelled them. She marked the smallest and the biggest planet and learnt some interesting facts about planets.

We followed a similar approach with her interest in cooking. Through bedtime stories, about a little girl’s excitement on going to school to learn about the food pyramid and, her narration of what she learnt, on returning home, I introduced the food groups to her. Later I made a chart (more as an activity for me than for her) and once she understood the food groups we made a dish incorporating the different groups.

View all posts by sarita